Version 0.7 of the GraphQL API for WordPress, supporting mutations, and nested mutations, has been released! 🎉 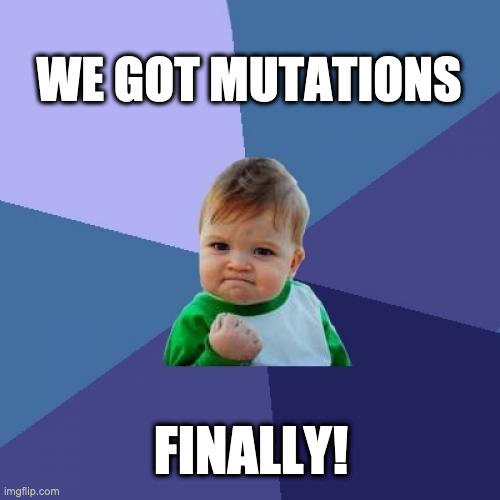 Here is a tour showing the new additions.

Mutations was the big item still missing from the GraphQL API. Now that it's been added, I can claim that this GraphQL server is pretty much feature-complete (only subscriptions are missing, and I'm already thinking on how to add them).

Let's check an example on adding a comment. But first, we need to execute another mutation to log you in, so you can add comments. Press the "Run" button on the GraphiQL client below, to execute mutation field loginUser with a pre-created testing user:

Now, let's add some comments. Press the Run button below, to add a comment to some post by executing mutation field addCommentToCustomPost (you can also edit the comment text):

In this first release, the plugin ships with the following mutations:

Nested mutations is the ability to perform mutations on a type other than the root type in GraphQL.

They have been requested for the GraphQL spec but not yet approved (and may never will), hence GraphQL API adds support for them as an opt-in feature, via the Nested Mutations module.

Then, the plugin supports the 2 behaviors:

For instance, the query from above can also be executed with the following query, in which we first retrieve the post via Root.post, and only then add a comment to it via Post.addComment:

Mutations can also modify data on the result from another mutation. In the query below, we first obtain the post through Root.post, then execute mutation Post.addComment on it and obtain the created comment object, and finally execute mutation Comment.reply on it:

This is certainly useful! 😍 (The alternative method to produce this same behavior, in a single query, is via the @export directive... I'll compare both of them in an upcoming blog post).

In this first release, the plugin ships with the following mutations:

Standard or nested? Or both? permalink

Good news: you can.

I've added a "Mutation Scheme" section in the Schema Configuration, which is used to customize the schema for Custom Endpoints and Persisted Queries: 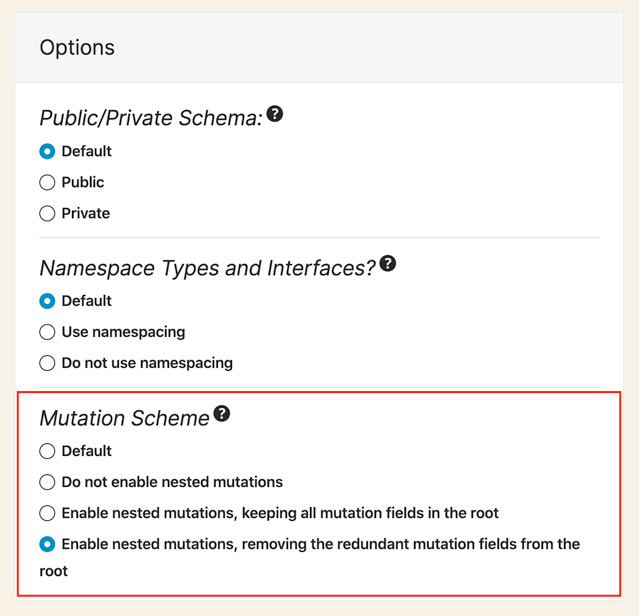 Hence, you can disable the nested mutations everywhere, but enable them just for a specific custom endpoint that only your application will use. 💪

With nested mutations, mutation fields may be added two times to the schema:

For instance, these fields can be considered a "duplicate" of each other:

The GraphQL API enables to keep both of them, or remove the ones from the root type, which are redundant.

✱ Btw1, these 3 schemas all use the same endpoint, but changing a URL param ?mutation_scheme to values standard, nested and lean_nested. That's possible because the GraphQL server follows the code-first approach. 🤟

✱ Btw2, these options can be selected on the "Mutation Scheme" section in the Schema configuration (shown above), hence you can also decide what behavior to apply for individual custom endpoints and persisted queries. 👏

Now it's time to start preparing for v0.8!